The live press conference starts at 10 a.m ET. please go to the WMP’s Facebook page, https://www.facebook.com/WorldMercuryProject/
Posted by Arkansans For Informed Consent at 7:55 AM No comments:

From Vaxxed - A Revolution For ChoiceLike Page May 22, 2016 · A Father in Anguish Over What Was Done to His Son. .....This ripped my heart out.....The WORLD needs to see this. This man needs help to get the healing his son needs! #VAXXED #RevolutionForChoice


Chase and Cini in their home

Share your story here! Send your video or link to about.AIC@gmail.com. You may also tell your story in the comments section. Thank you for helping to spread the word about the dangers posed by vaccines!
Posted by Arkansans For Informed Consent at 4:01 PM No comments:


This terrible bill would do the following if passed:

Eliminates the current religious and philosophical belief exemptions to vaccination for all students in public and private schools and day care facilities.

That means it doesn't matter if your child had a previous reaction, or your your older children had a previous reaction or even has died, you will be forced to vaccinate or be in violation. This means it doesn't matter if you are against the use of aborted infant bodies being injected into your child, or aluminum, or formaldehyde. This bill is being introduced by Karilyn Brown, and she is sorely misinformed. She says she is reacting to recent mumps outbreaks. But if she had done even a little bit of reading, she would have seen that those outbreaks were among the recently vaccinated, meaning that not only did the vaccine NOT WORK, it GAVE the recipients the disease. Whenever there is risk there must be INFORMED CONSENT. The Vaccine "Court" has paid out BILLIONS to vaccine injured children and their families. The RISK is REAL. Don't let them take your 4th amendment rights under the US Constitution. Call Karilyn Brown TODAY! Tell her to stop, think, and tell her your story, your concerns. Tell her to KILL THIS BILL.

Remember to be RESPECTFUL- Thanks!


Join the action group to work against this heinous bill to destroy your rights to informed consent!

Everyone needs to understand that Ms. Brown doesn't even understand what she is doing. The mumps outbreak she is responding to is already proven to be an outbreak among already vaccinated students. Meaning the vaccine not only doesn't work, it causes the disease it is meant to prevent. Join us in defeating this dangerous bill!

Posted by Arkansans For Informed Consent at 10:10 AM No comments:

Vaxxed: from Cover-Up to Catastrophe IS Coming to Hot Springs!

Hot Springs friends, the controversial documentary “Vaxxed” is headed to our city for a one-time cinematic engagement on Monday, August 29th at 7:30pm.


VAXXED: FROM COVER-UP TO CATASTROPHE


The Film They Don’t Want You to See — Coming to Hot Springs!


“I think the movie is something that people should see... You must see it.” - Robert De Niro on “TODAY”


Vaxxed is an investigation into how the CDC (Centers for Disease Control and Prevention), the government agency charged with protecting the health of American citizens, concealed and destroyed data in their 2004 study that showed a link between the MMR vaccine and autism. This alarming deception has contributed to the skyrocketing increase of autism, potentially the most catastrophic epidemic of our lifetime.


We are setting up a screening of Vaxxed: From Cover-up to Catastrophe in Hot Springs with the theatrical on-demand program GATHR®.


If you aren’t aware, “Vaxxed: From Cover-up to Catastrophe,” is the controversial documentary about fraud at the Centers for Disease Control and Prevention (CDC) and a 2004 study on the MMR vaccine and autism which has been screening across the country following it’s unprecedented de-selection from the Tribeca Film Festival in April.


“Vaxxed” investigates how the (CDC), the government agency charged with protecting the health of American citizens, concealed and destroyed data on their 2004 study that showed a link between the MMR (measles, mumps and rubella) vaccine and autism. The information was revealed by a whistle-blower inside the CDC, senior research scientist William Thompson two years ago.

The film is directed by Dr, Andrew Wakefield and produced by Del Bigtree and Polly Tommey.

It is a Del Bigtree Production of an Autism Media Channel film distributed by Cinema Libre Studio.

The U.S. government (Rothschild bankers) is trying to mandate (force) vaccination on the citizens. What this means is that they are trying to inject documented poisons, by force, into every person in America. What this further means is that the Nuremberg Code is being rendered invalid. What this further means is that all of the citizens of the U.S. are planned to be poisoned unethically and without recourse. I don't consider forced vaccination a "personal issue." It is an issue anyone with a conscience and with a view of history should be concerned about. Thank you.
- Jock Doubleday

Arkansans For Informed Consent is dedicated to the matter of Informed Consent under the Neurumberg Code and the 4th Amendment. Whetever your stand on vaccination, you want to know the TRUTH.

If we get 20 people to reserve tickets in the next 5 days, we can get the event to “tip,” which means it will happen, so please visit

and purchase your tickets right now. After you’ve purchased your own tickets, invite 10 of your friends, family, and coworkers to purchase their own tickets.


RATING: NR
GENRE: Documentary
RELEASE: 2016
DURATION: 91
A documentary alleging that the CDC, the government agency charged with protecting the health of American citizens, destroyed data on their 2004 study that showed a link between the MMR vaccine and autism.

heard and their experiences to be seen, it allows us to discuss the issues surrounding vaccine safety and health

freedom, and it brings us together so we can discuss ways in which we can collaborate on these issue for the

I am asking you to support this screening event in one of three ways:

1) Reserve and purchase 10 tickets and give them to your employees/friends/family https://gathr.us/screening/16299 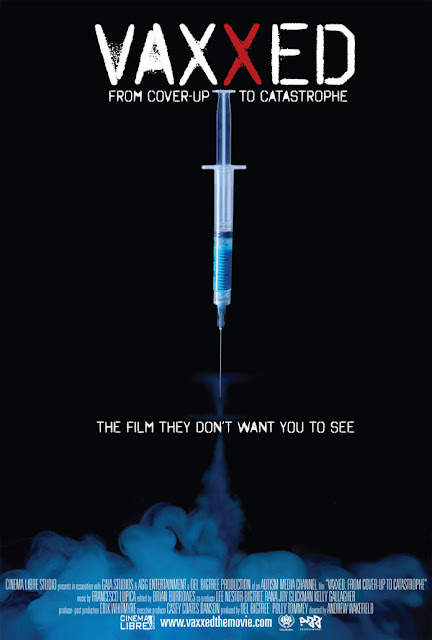 Posted by Arkansans For Informed Consent at 1:32 PM No comments:

We are selling it all cheap! Select items just ONE dollar, also MakeUp Max Designs from Maxine Meyers

Come out and help out, get information about Arkansans For Informed Consent, Vaccine Safety, the TRUTH about the Flu Shot, HR 2232

We are here for YOU Arkansas! 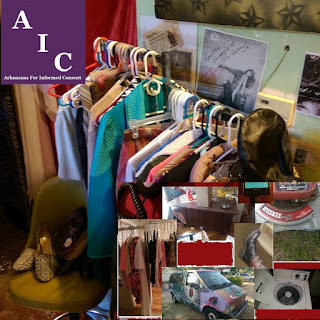 Unfortunately this fight is not cheap. So far Jacee and I have used our own personal resources to fund Arkansans For Informed Consent. But we are both single moms of very limited means. Printing flyers, information cards, signage and event expenses like booth rental, the chili we made for the chili cookoff all these things have cost us quite a bit. We have a goal to incorporate and register as a non-profit to make your donations tax decductible and that costs even more money. Right now our goal is $750 to pay the storage rent and incorporate, and we have an onghoing budget of $355 going forward to cover. Donations of cash and items to sell, are needed as well as manpower. And as always it costs you nothing to click share! :) To make a cash donation use the email address for paypal at about.AIC@gmail.com or visit or website and click the link at http://www.ArkansansForInformedConsent.org/

Another way to help is to participate in the

MakeUpMax Designs has been working on this awesome GLAMOUR DOLLHOUSE

If you have a little glamour gilr or fashionista she will LOVE this beautiful dollhouse! What a great GIFT! And it can be HERS for just the price of a $2 raffle ticket! We will begin selling the tickets at our first Undercover Dollar Sale event on October 24 at 3320 Central Ave in Hotr Springs and continue selling the tickets at future event as well as online. 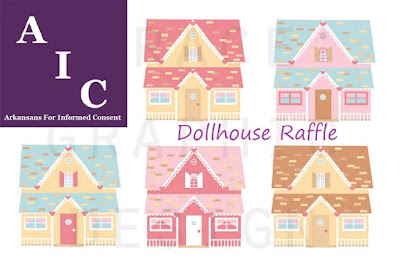 Winners will be announced once notified by December 5th, 2015

The Dollhouse is not yet complete but is a work in progress. We just couldn't wait another minute to break the BIG news so get your tickets now!

We will post in progress pictures as they are available until the dollhouse is complete! 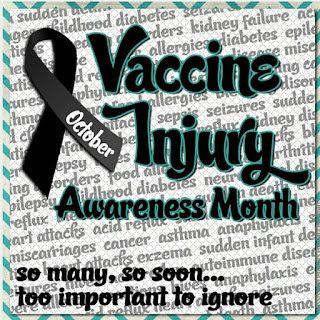 These items are available online by messaging or commenting on the pic of what you want or come to one of our many Dollar Sale events...
Posted by Arkansans for Informed Consent on Saturday, October 24, 2015

Posted by Arkansans For Informed Consent at 5:06 AM No comments: 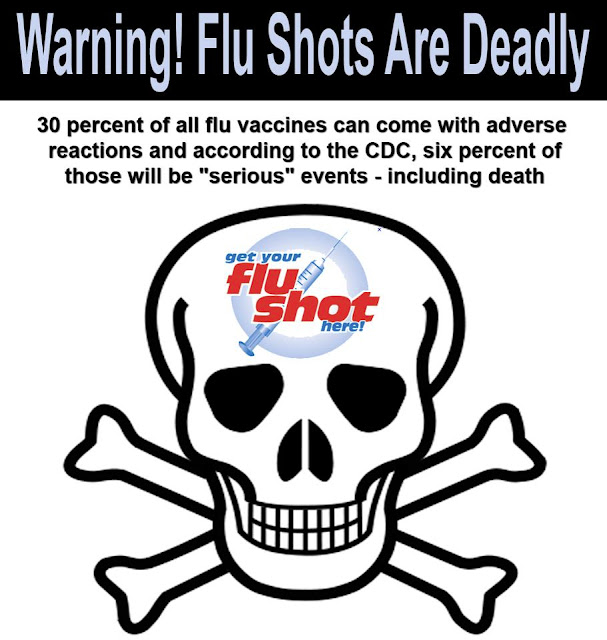 Thursday October 22 there will be a free flu clinic set up at the Garland County Health Department in Hot Springs.

Having reviewed the propoganda type documents that are being issued with these shot clinics Arkansans For Informed Consent has determined that the public is not being adequately INFORMED before being vaccinated for flu this year in Arkansas. Therefore we will station ourselves on the public sidewalk and offer information to all passersby and be available to render informed data to all who patronize the clinic from 2-5pm on the day of the clinic.

Posted by Arkansans For Informed Consent at 1:48 PM 2 comments:

We need to get together and put out heads together in defeating HR2232 and H.Res117
Let's get together on the the Third Thursday October 15 and get to know each other over some awesome organic coffee or tea at Kollective Coffee+Tea

Right across the street from Fat Jacks!

Arkansans For Informed Consent is working to educate the public about vaccines truthfully; to faciliatate Informed Consent under the US Constitiution, the 4th Amendment, and the Neuremburg Code.

1. Who are Arkansans For Informed Consent?

2. What is the mission of Arkansans For Informed Consent?

5. Issues of becoming a non-profit organization

6. Vote on Officers
Posted by Arkansans For Informed Consent at 11:16 AM No comments:

VACCINE WAR IN AMERICA: Attempts to legislate mandatory vaccines all across the U.S